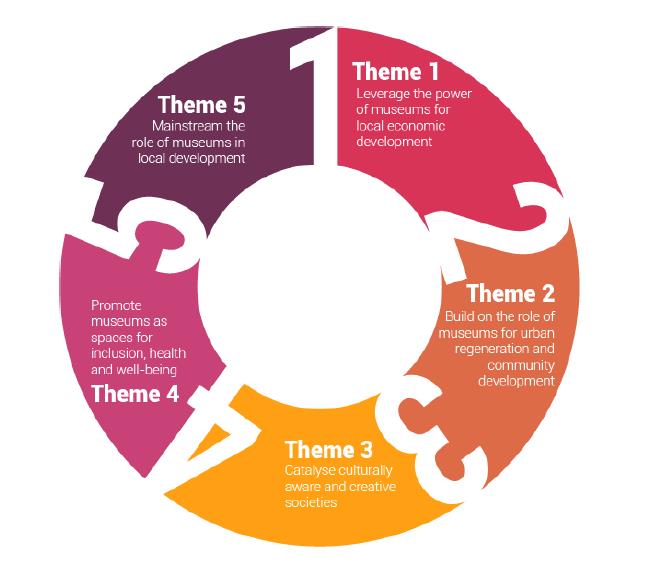 Yesterday I had an internet video call with ten people. Three of the people on the call were Black; the rest were white. During the call, I noticed that the white participants tended to direct questions about “community” toward the Black people as if they were using language to mean “Black community” without using the word “Black.” I understand the desire to hear the perspective of a Black person on issues facing the Black community, but the phone call did not sit well with me.

This morning, I had another typical interaction with a museum. This time, all of the participants were white. Afterward, thinking about both calls, I realized that colonization and imperialism are embedded in the culture of the United States. They are in my culture. They are within me. It is not possible to change anything before recognizing and acknowledging that fact.

In thinking about the call I remembered a blog post by Art Museum Teaching;

Museums are perceived as separate from communities; they are seen as buildings with collections, objects, exhibitions, and experts that are made available to communities on a limited basis. … By default, museums then exist as disconnected, disengaged, and distanced from this idea of community. (1)

Instead of empowering the Black community, many white Americans are trying to colonize the Black community by their behavior. As a white male, I am using my advantages to occupy the Black people on the phone call. This is unfair to the individuals on the call and will not get us to the point where museums are places that empower all members of the community.

Part what of what I noticed yesterday was the use of the word “community”;

We need to acknowledge the history of colonization, white imperialism, and white supremacy in the United States, and recognize that museums can be vehicles of those evils. It not possible to move forward with creating inclusive, community-centered museums without acknowledging and owning the way we behave and communicate.

During yesterday’s phone call, I and the other white participants were using our advantages to try to solve the problem. We need to let go of our advantages and empower others to make the changes. It is impossible to make these changes while using imperialism’s tools: white colonization and white supremacy.

Sometimes I think of a cartoon of a fat, wealthy white man in a suit stumbling through a museum as if he were at a supermarket shopping for culture. As an industry, as a community, we must first acknowledge that imperialism, colonization, and white supremacy will not solve the issues. Instead, we must acknowledge the power discrepancies, and change our behavior and how we communicate and interact. For museums to become community-centered places of individual empowerment, we must change this perception of museums as places of white supremacy, and learn to share and empower others to make changes.

Mark Walhimer is a managing partner of Museum Planning, LLC, a museum consultancy, and a part-time industrial design professor.